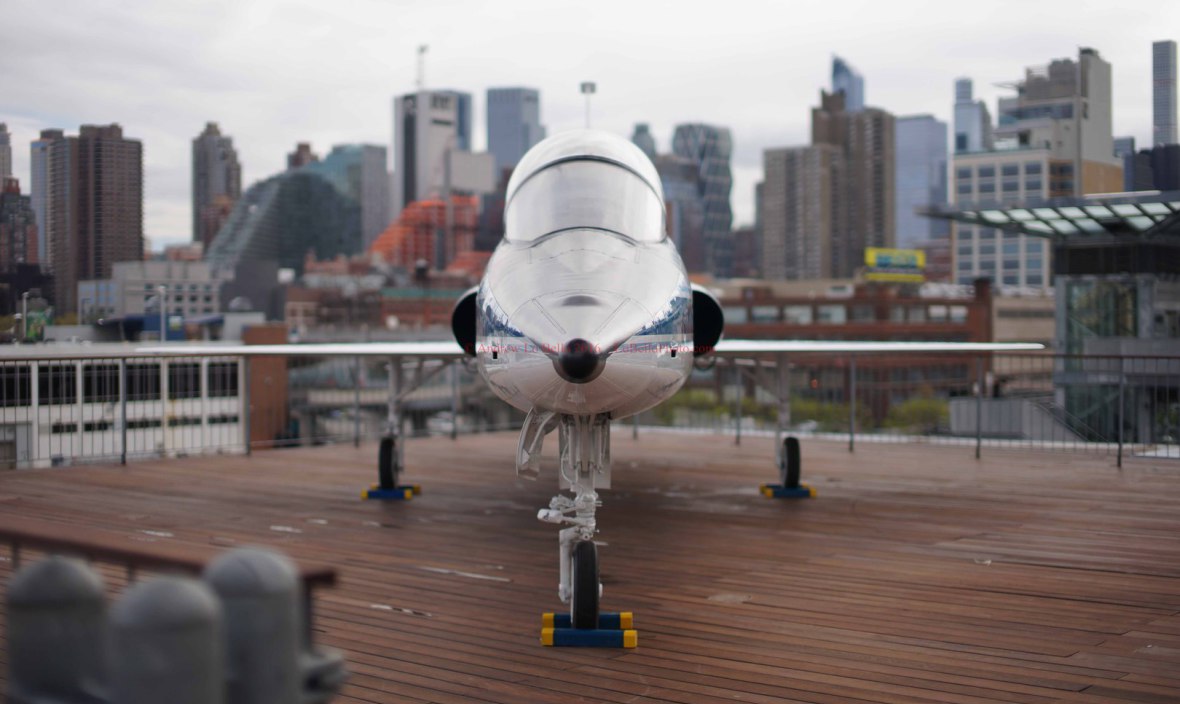 Following the Intrepid Museum's acquisition of the Space Shuttle Enterprise, the Intrepid added a T-38 Talon chase plane to their collection. This specific plane was used during the Enterprise's approach and landing tests.